Now that lockdown is starting to be relaxed, many people are looking for new outside activities and, as reported below, there is a resurgence of interest in playing croquet. The Crake Valley Club is helping to satisfy the anticipated increase in demand by welcoming players to a series of Pay and Play sessions during the summer. The cost for these 1.5h sessions is just £6, including an administrative charge by Eventbrite, but they must be booked in advance. Our site on Eventbrite is now live and can be viewed here.

A second initiative being promoted by Crake Valley member, David Cornes, the newly-elected NW Croquet Federation Development Officer, is to utilise Active Cumbria to publicise croquet as a game to promote both mental and physical health in all age groups. Active Cumbria now includes croquet as one of their promoted Activities & Sports and the Club’s entry can be viewed here.

Resurgence of Interest in Croquet

The Croquet Association has highlighted a BBC News report that Croquet clubs have been in ‘inundated’ during lockdown (click here for the report and video). As commented in the report, “Forget tea on the lawn, pressed slacks and the genteel clacking of balls, croquet is enjoying a modern comeback.”

A lot of work has been done recently getting the lawns into shape and they have now had their first cut of the season. Many thanks to all those who have been involved. The Club is fortunate to have the lawns in such good shape this early in the season and, as the pictures show, both members and visitors are taking advantage.

Although the weather lacked the bright sunshine we had hoped would herald the resumption of playing croquet, spirits were lifted by the simple fact that play was possible on Monday 29th March. Pictured are a few socially-distanced players, well wrapped up against the stiff breeze enjoying a game. Let’s hope that the timetable for 2021 can progress as currently planned and that we can all enjoy an almost complete season of croquet. 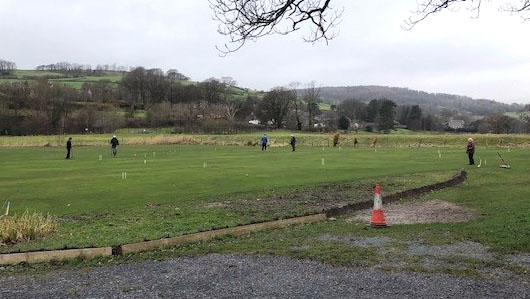 The Club is delighted to announce that Crake Valley has won the Apps Heley Award for 2021. This prestigious Croquet Association award is given every two years to the club with three or four courts that has made most progress at a national or local level over the previous two years. The major progress at the Club recognised by this award includes bringing a third lawn into operation with improvements in the quality of all lawns, as well as construction of the new clubhouse. Before (left) and after (right) pictures are shown below for the clubhouse and a newly-created parking area. 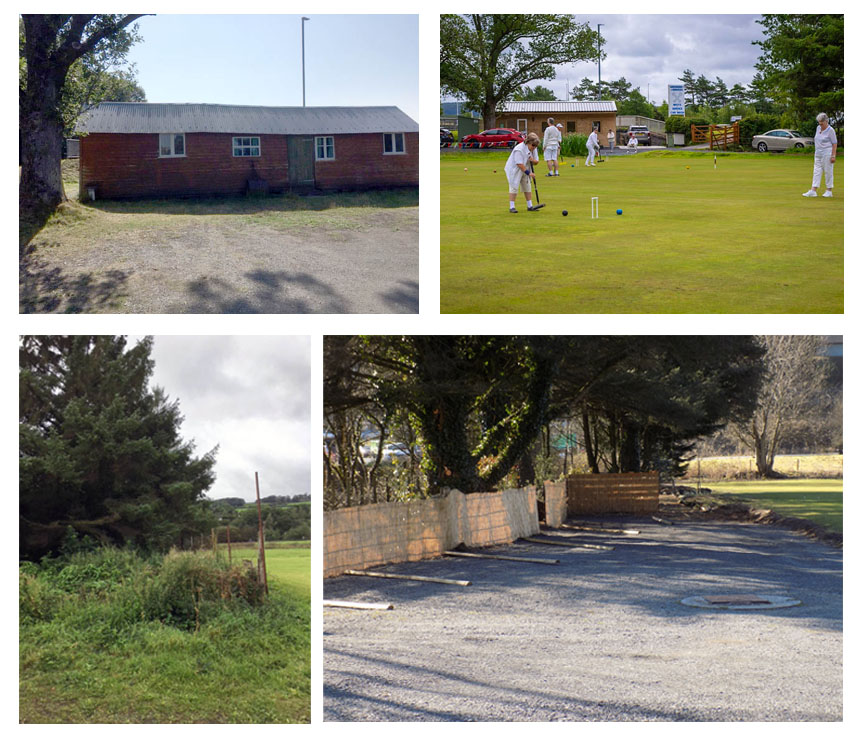 Much of the funding for these projects was obtained locally and was seen to be providing a local community facility attempting to provide croquet for all. Many members have worked tirelessly to gain this award but special thanks are due to David Cornes who has led the team with enthusiasm and determination. This is the result of a lot of hard work, not least of which was filling in a quite extensive award application! There is, of course, always more to do and the Club looks forward to continued progress in future years.

Congratulations to David Cornes who was elected as Development Officer for the North West Federation of Croquet Clubs. He replaces Sarah Andrew who is taking up a newly-created post heading a Croquet Association Funding Committee. We wish David well in his new role.

At it meeting held on Saturday 6th March attended by Zoom and You Tube, several changes to the fixtures for 2021 were announced. These were of course driven by Covid-19 restrictions and the uncertainties over whether the phased timetable for lifting restrictions would be maintained. To give added confidence that the Festival of Croquet in Southport, the date of this event has been changed to the 14th and 15th August. The Cavendish Clock Tournament initially set to be played at Crake Valley on those dates will now be played one week earlier on 7th/8th August.
League Manager, Ivan Wheatley, proposed changes to the structure of all 5 NW Fed. Leagues involving splitting each league into north- and south- mini-leagues, mainly to avoid excessive shared travel to matches. The proposal was accepted but Clubs have until 21st March to confirm their participation before fixture dates will be announced. It’s planned that play in the leagues will start on 17th May.

Back on the Lawns

With a timetable now in place for releasing Covid-19 restrictions, we are all looking forward to playing again, starting on Monday 29th March. Please remember, however, that restrictions will still be in force, particularly for the first two weeks after resuming play. The details have been circulated by our Secretary, Sheila Edmondson, and can be viewed here. Enjoy your croquet! 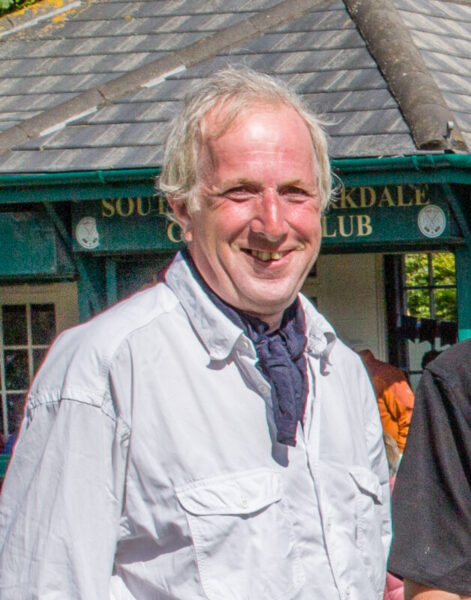 Members were shocked recently to learn of the death of David Lloyd. David was undergoing surgery for a ruptured aneurysm on Sunday 14th February and tragically did not survive. Our deepest sympathy goes to his family and those close to him at this very sad time. 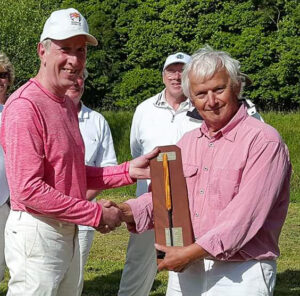 David was passionate about playing croquet with a great determination to succeed. He was a valued team member in all forms of the game, representing the Club at both league and national events. The picture shows David  receiving the Winners Trophy in the 2016 AC Handicap Millennium Tournament.

David was also instrumental in pushing forward several projects to improve facilities at the Club. He will be sadly missed.

Although the Club is closed in January with no possibility of playing croquet, some members have been working in shifts within social bubbles and Covid rules to improve drainage of the lawns.
Using a diagram from 2012 when some drainage work was undertaken, the members set about identifying, rodding and hosing out each outlet. There were 20 outlets (some buried) and all bar 4 of them had some level of blockage.
The beneficial effects of the drainage work was demonstrated recently following the deluge deposited by storm Christoph on Thursday 21st January. The lawn pictures below (left) were taken at lunchtime on that date and then again just 24 hours later (right). Whilst the Club will always suffer from a high water table owing to its location next to the river Crake, the pictorial evidence shows that standing water now drains much faster than before. 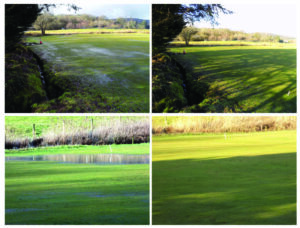 This work involved the Sandra and David Cornes bubble, ably assisted by (socially-distanced) Graham Jowett, and the Club is extremely grateful for all their efforts in bringing about this highly successful outcome.
</div

In view of the most recent guidance from the Croquet Association:

The latest national lockdown guidance for England states that “Outdoor sports venues, including tennis courts, golf courses and swimming pools, must close.” The CA therefore advises croquet clubs to close until the restrictions are lifted.

the Club must now be closed for play until the situation changes.